Caption: Maybe tonight we'll start all over like it's the first day of our lives. 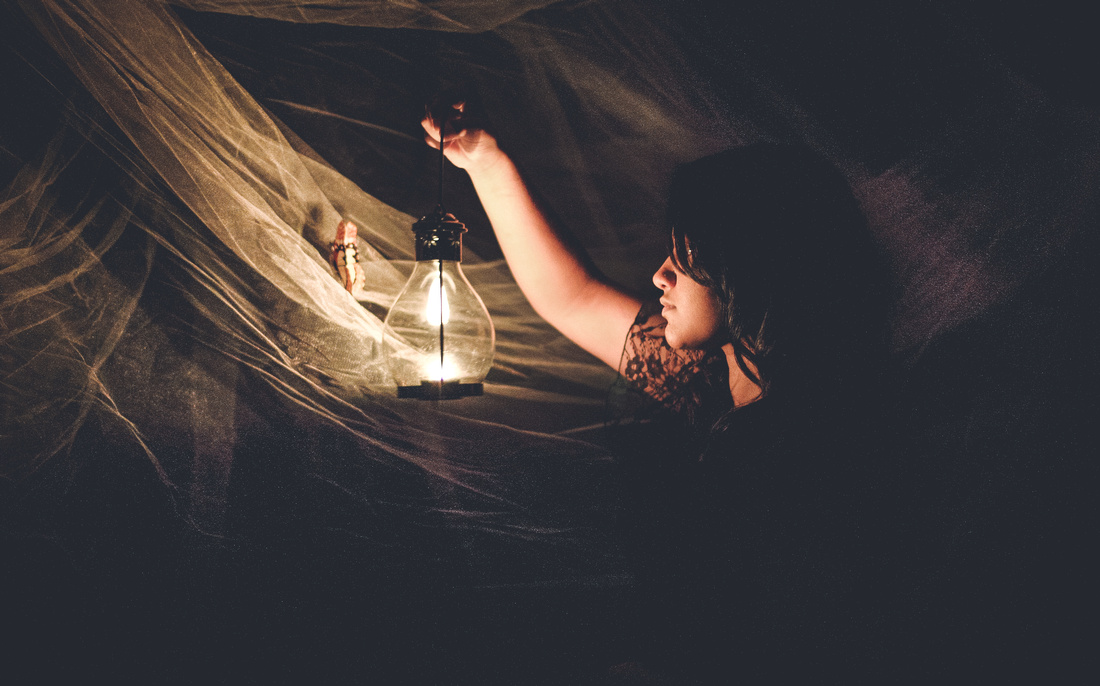 Last year, I won the Negative Space challenge on 52 Frames. My setup was simple. It was a black shawl coupled with a handful of dried yellow roses. For this week's challenge, I decided to blend a black and white background to create a subtle dewy-like backdrop. I hung a black backdrop against the wall and draped ivory tulle infront of that. I attached a orange & yellow butterfly to the tulle as a focus point as I was using the lantern as my only source of light. I instructed my model to hold the lantern at the midway point between her and the butterfly and began shooting. After quite a few out of focus and blurry shots, I captured the above image.

Very minimal editing was needed to transform the shot to what I wanted. I increased the clarity and saturation around the center of the tulle, butterfly and lantern. I sharpened the thinner layers of tulle to create a sand-like look and increased the blacks to create a more dramatic contrast to enhance the negative spaces. Finally, I adjusted the colortones to create a bluish shadow undertone. Here's the original image, along with a shot of the background and the lantern used. 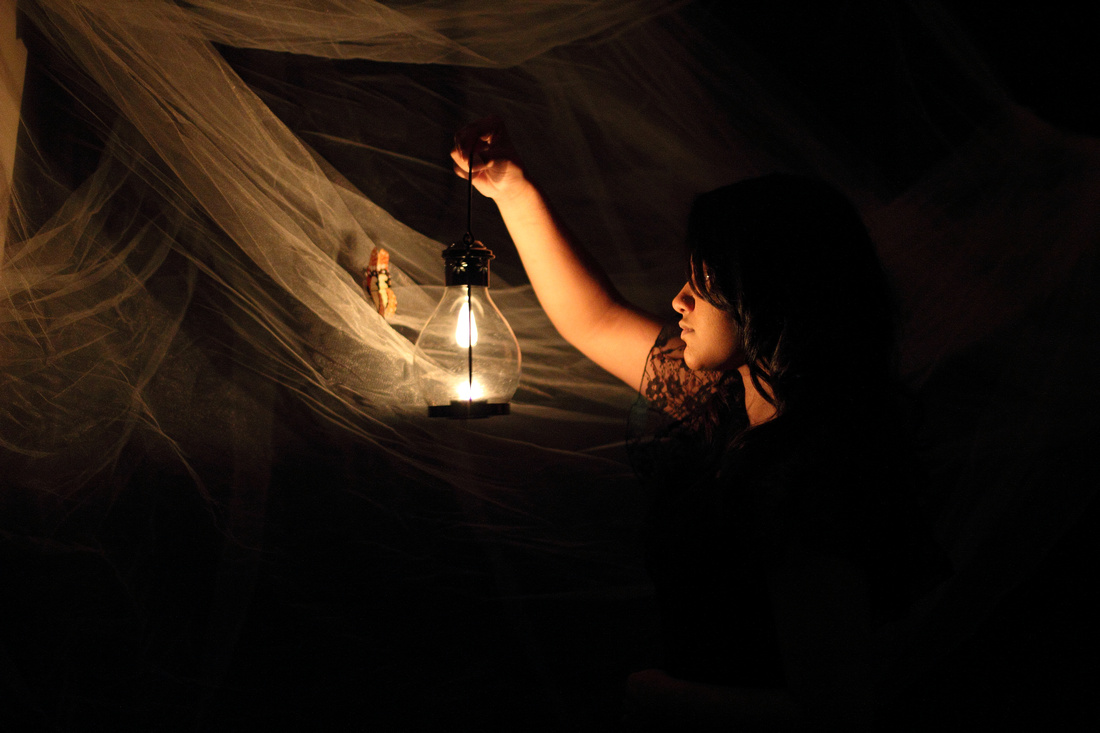 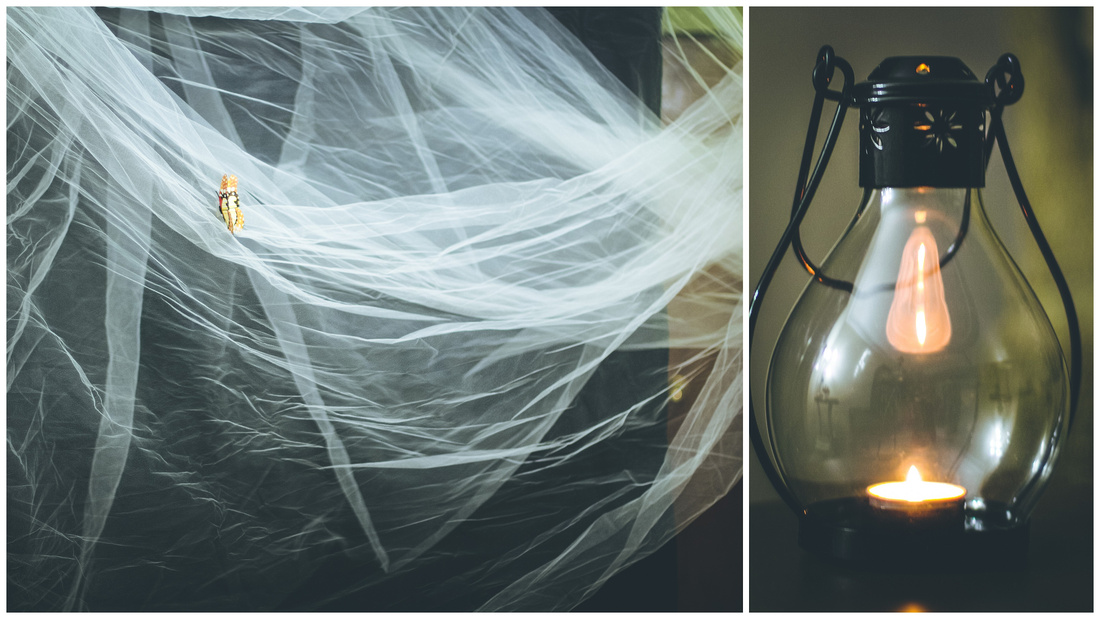