Living within the tristate area offers a lot of one day and weekend getaway opportunities for the adventurous at heart. I personally love exploring nature and various relics of times gone by. Not surprisingly, Newport, Rhode Island encompasses a little of everything: beaches, cliffwalks, gilded homes and lots of seafood! A seaside city located just 37 miles southeast of Providence, Newport is known as New England's summer resort and is famous for its historic mansions and rich sailing history. 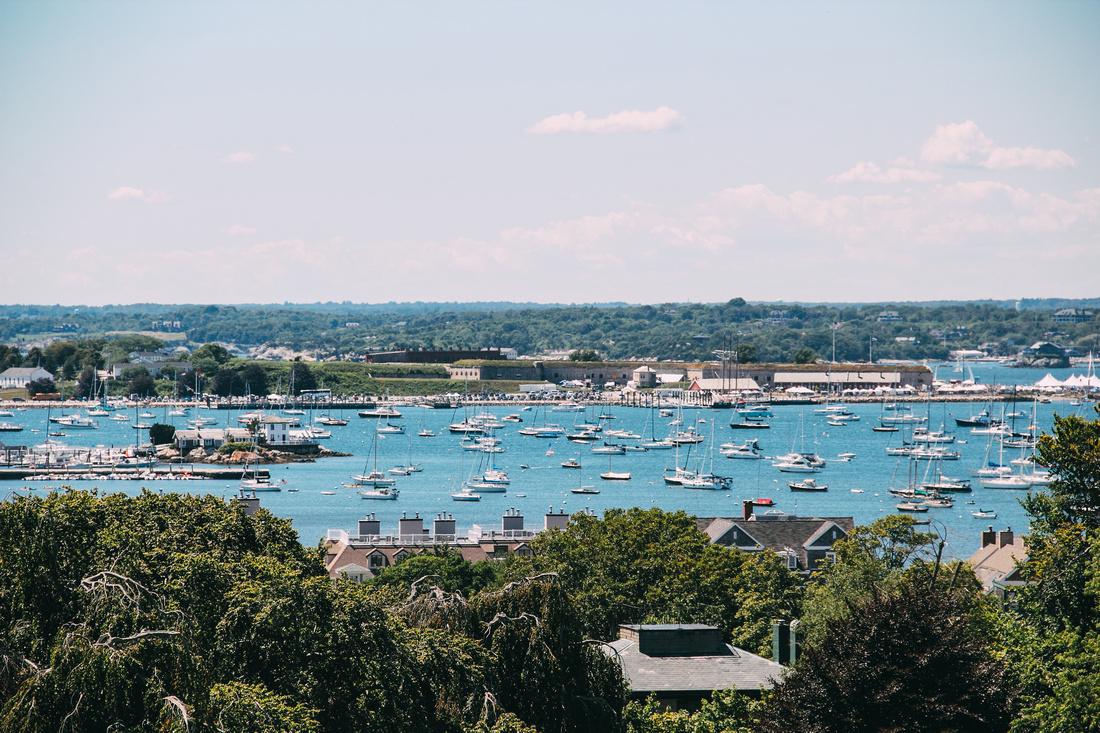 A 3 hour drive from NYC to Newport, we arrived a bit after 10 a.m, just as everything began to come alive in the city. We had purchased a 5 house ticket, which included access to the Green Animals Topiary Garden. Nestled in scenic Portsmouth, the garden is the oldest and most northern topiary garden in the U.S. Today, there are more than 80 pieces of topiary throughout the gardens, from an array of animals to ornamental designs and geometric figures. The manicured grounds also include flowerbeds, fruits trees and a vegetable garden. 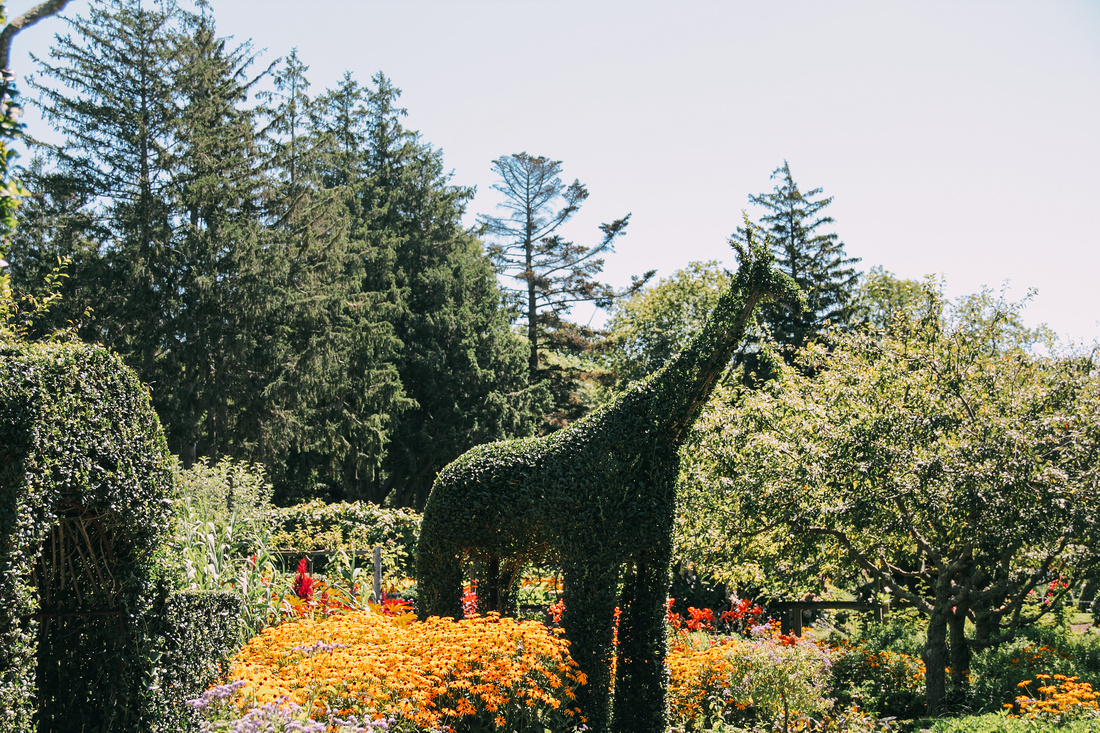 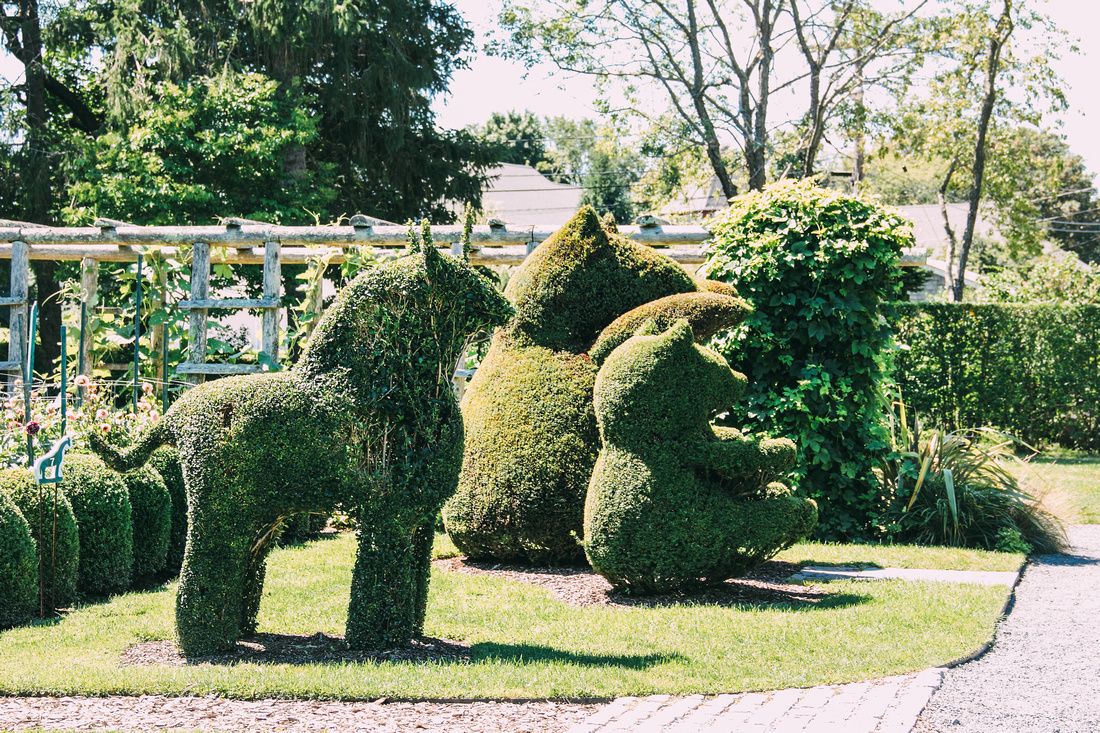 Thereafter, we headed over to Ochre Point to begin our tour of the mansions. The first was The Breakers. Built in 1893 as a summer home of Cornelius Vanderbilt II in Italian Renaissance architecture, the building became a National Historic Landmark in 1994. The 70 room mansion covers one acre of the 14 acres estate on the cliffs overlooking the Atlantic Ocean and is the largest of the Newport mansions. Designed by Richard Morris Hunt, the mansion was made fireproof as possible via steel trusses and no wooden parts, with the boiler located in an underground space below the front lawn. The largest and most opulent house in Newport, The Breakers' interiors are truly breathtaking. Unfortunately, indoor photography was not allowed. Here are some shots from outdoors. 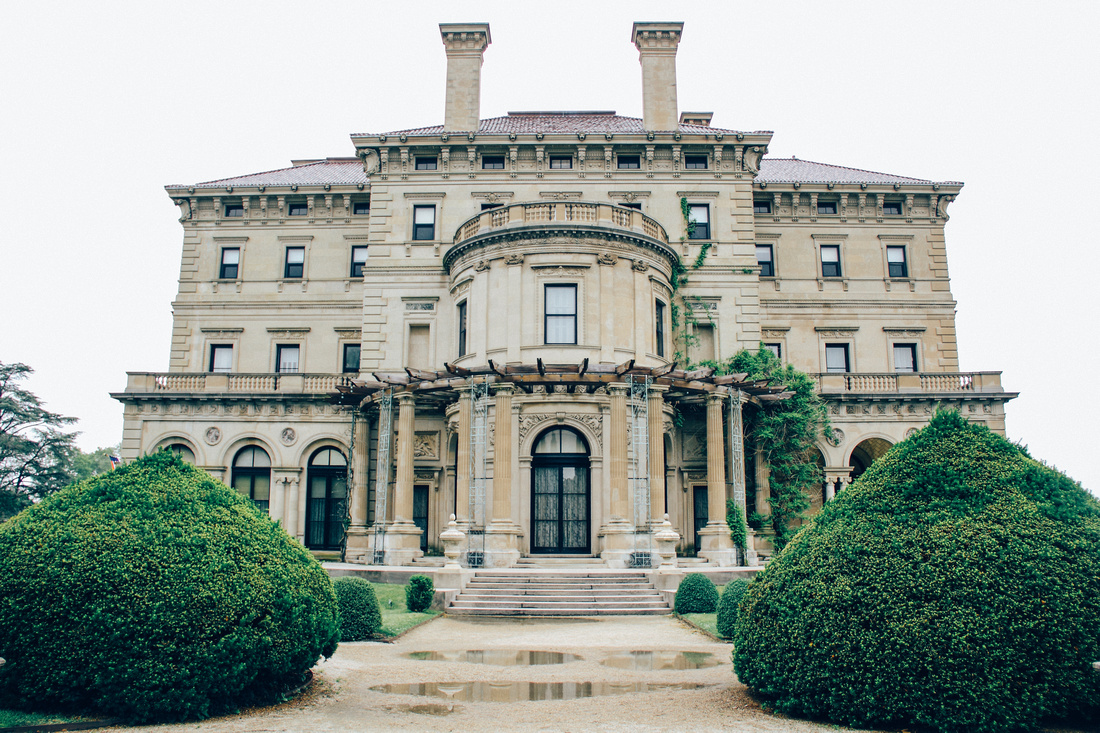 Next, we headed to The Elms, the "summer cottage" of coal baron - Edward Berwind.  Fashioned from Chateau d'Asnieres, The Elms was designed by Horace Trumbauer. Completed in 1901, the exteriors were constructed with a steel frame with brick partitions and a limestone facade while the interiors and furnishings were designed by Allard and Sons of Paris. It was designated a National Historic Landmark in 1996.

A short walk over, we explored Marble House, the gilded age summer residence of Alva and William Vanderbilt. Inspired by the Petit Trianon at the Palace of Versailles, the mansion was designed by Richard Morris Hunt, and was built between 1888 and 1892 at a cost of $11 million. Upon its completion, it became the social landmark that helped spark the transformation of Newport from a relatively relaxed summer colony of wooden houses to the now legendary resort of opulent stone palaces. The mansion was added to the National Register of Historic Places in 2006. 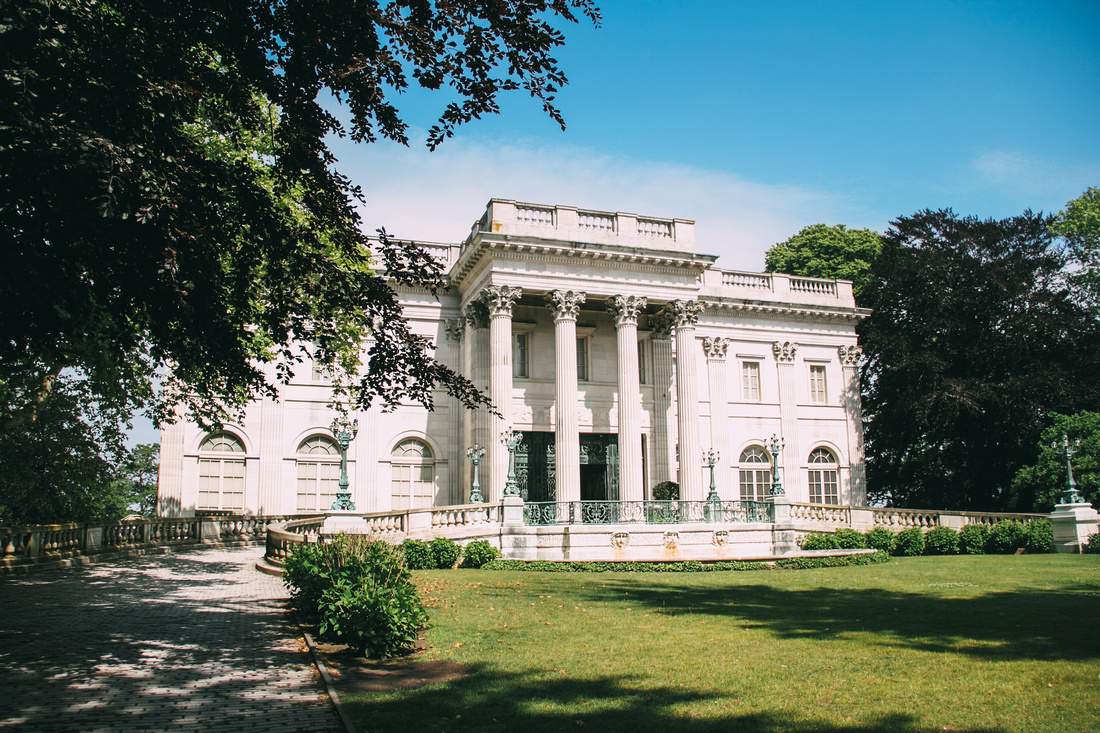 A few blocks over is the Rosecliff. Commissioned by silver heiress, Theresa Fair Oelrichs, the residence was designed by McKim Mead and White and was completed in 1902. Modeled after the Grand Trianon of Versailles, the summer home was specifically designed for entertaining on a grand scale with the largest Newport ballroom at 40x80 feet. The ballroom has been featured in several films, including True Lies and the 1974 version of The Great Gatsby. Unfortunately, the house was closed to visitors due to preparations being conducted for the floral show.

We skipped the remaining houses for a walk along the shoreline via Newport's enchanting 3.5 mile cliff walk. The scenic walk was beautifully serene with panoramic ocean views of crashing waves and the touch of cool sea breeze. 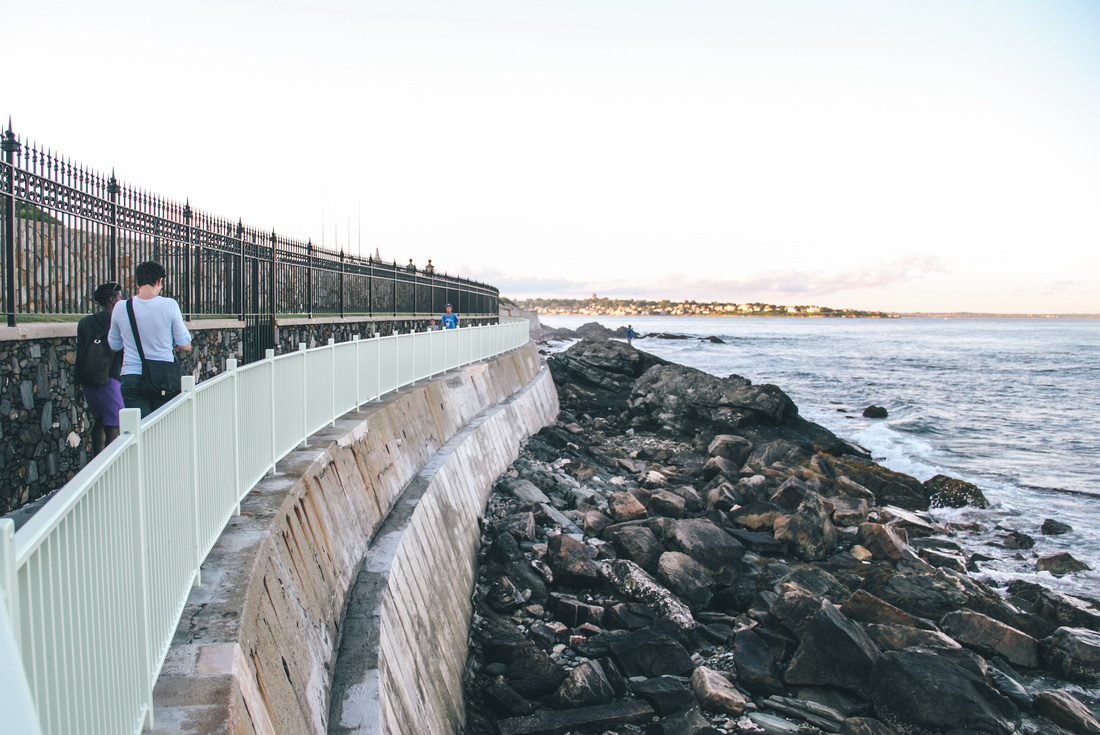 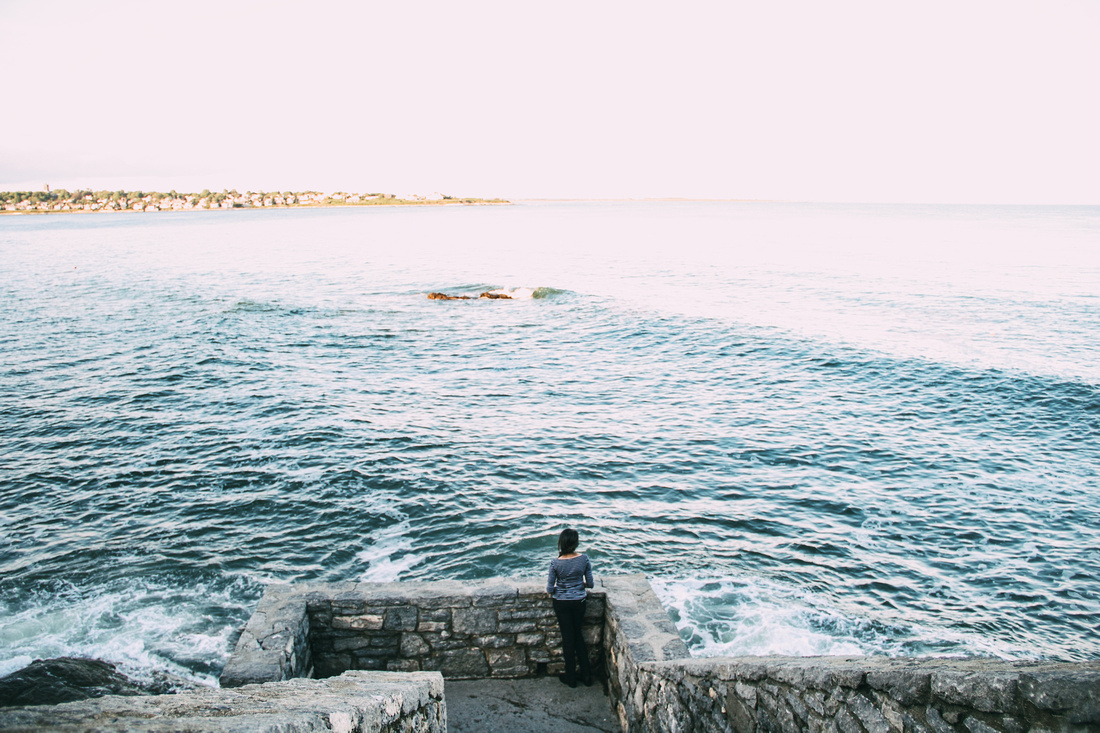 We finished the day with a lavish seafood dinner at the Red Parrot. 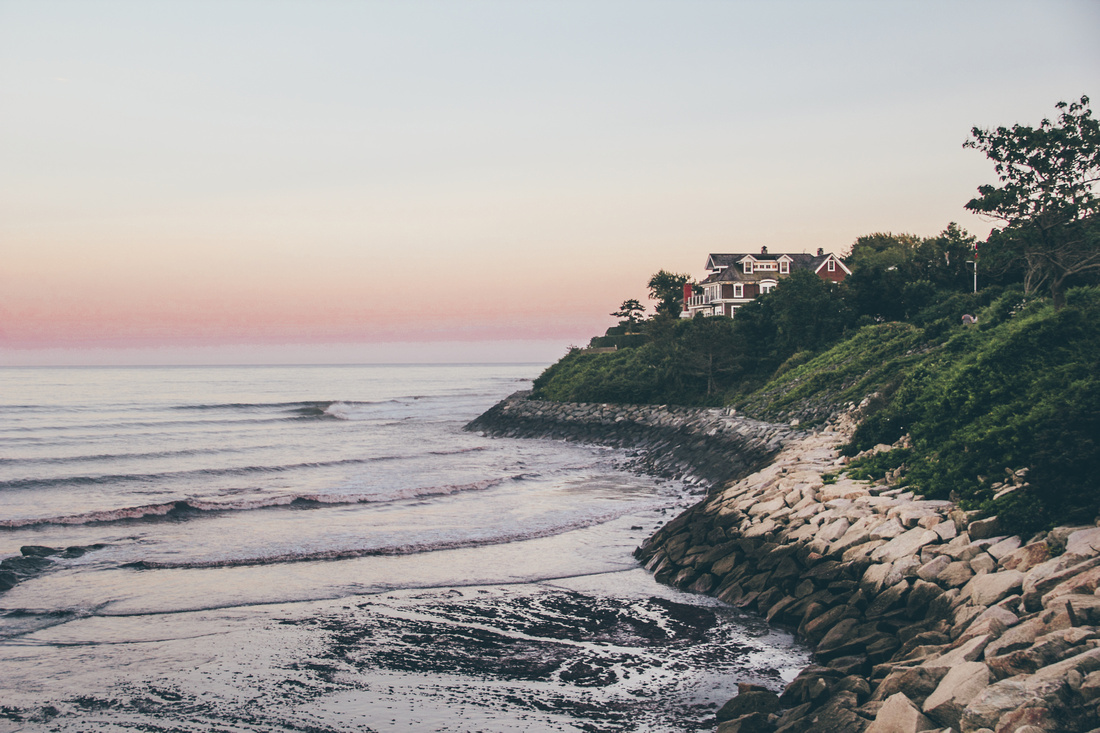 Additional photos can be view here.

Laird Nelson(non-registered)
Love reading your stories and your pictures are beautiful
Les Gold(non-registered)
Thanks for the vicarious tour of Newport.
Haven't been there in ages, and your photos and comments have awakened a desire to visit once again.
The last photo almost looks like a painting.