Helsinki is a city where urban life and beautiful nature combines. It's also a very compact, navigable and pedestrian-friendly city which makes it possible to explore within a short time. Twelve hours was just enough time for a short ferry ride from Estonia to experience Finland's easygoing capital. Located on the shore of the Gulf of Finland, Helsinki is 80 km (50 mi) north of Tallinn (Estonia's capital). The city's urban population is approximately 650,000, making it the country's most populous center urban area in Finland. After Stockholm and Oslo, Helsinki is the third largest municipality of the Nordic countries and has been deemed "the Daughter of the Baltic." 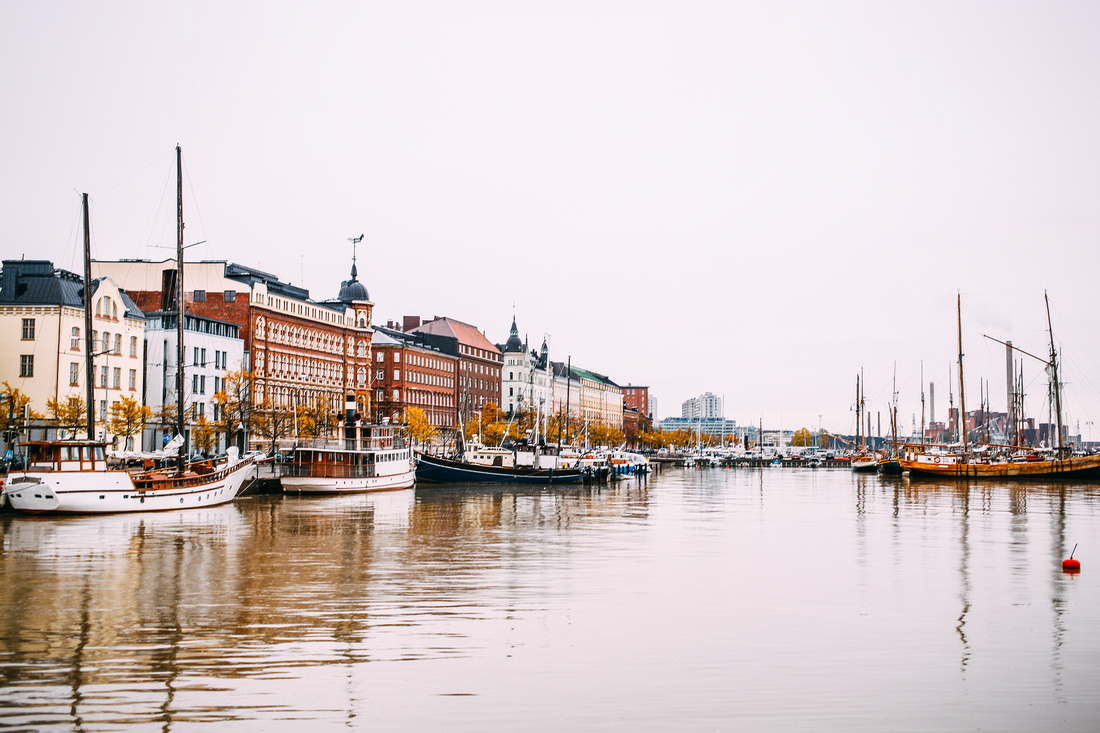 We arrived in Helsinki at 8 a.m and bought a day pass to ride the tram from the ferry terminal into the city. With 57 million annual passengers and 11 lines spanning the city, the trams are Helsinki's preferred form of transportation and must-try element while visiting the Finnish capital. I should also add, the trams are quite cozy inside. 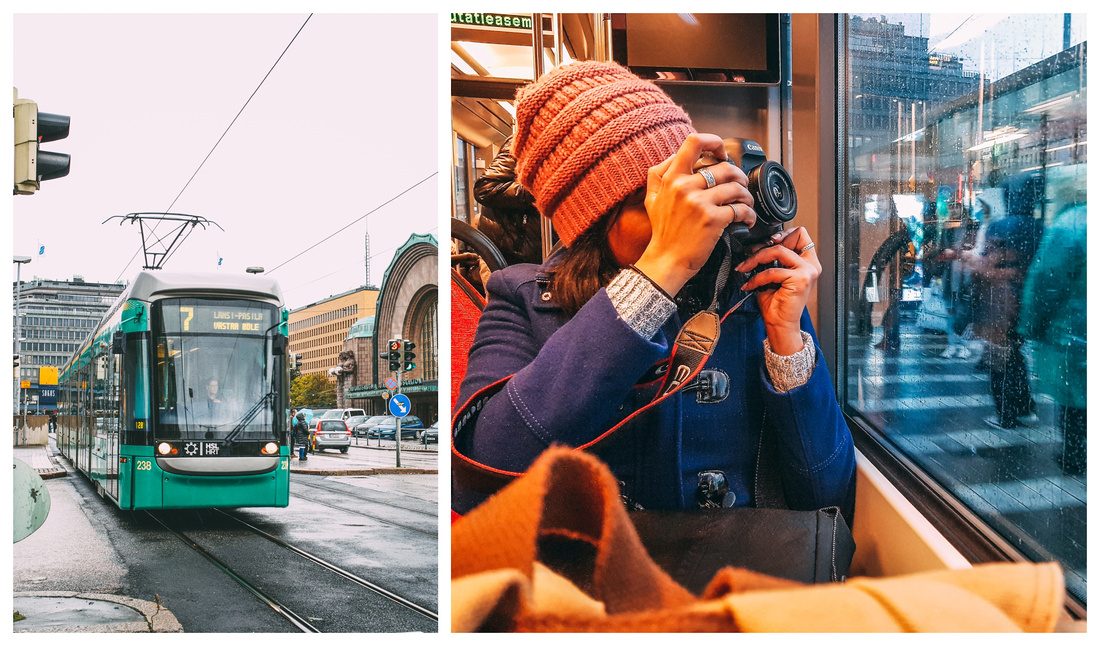 Our first stop was the Senate Square. The square and its surroundings make up the oldest part of central Helsinki and form a uniquely cohesive example of Neoclassical architecture. The square is dominated by four buildings designed by Carl Ludvig Engel (1778-1840): Helsinki Cathedral, the Government Palace, the main building of the University of Helsinki and the National Library of Finland. A statute of Alexander II stands in the middle of the square. Helsinki Cathedral is arguably Finland's most famous and photographed building. Originally built from 1830-1852 as a tribute to the Grand Duke of Finland, Tsar Nicholas I of Russia, it was known as St. Nicholas' Church until Finland's independence in 1917. 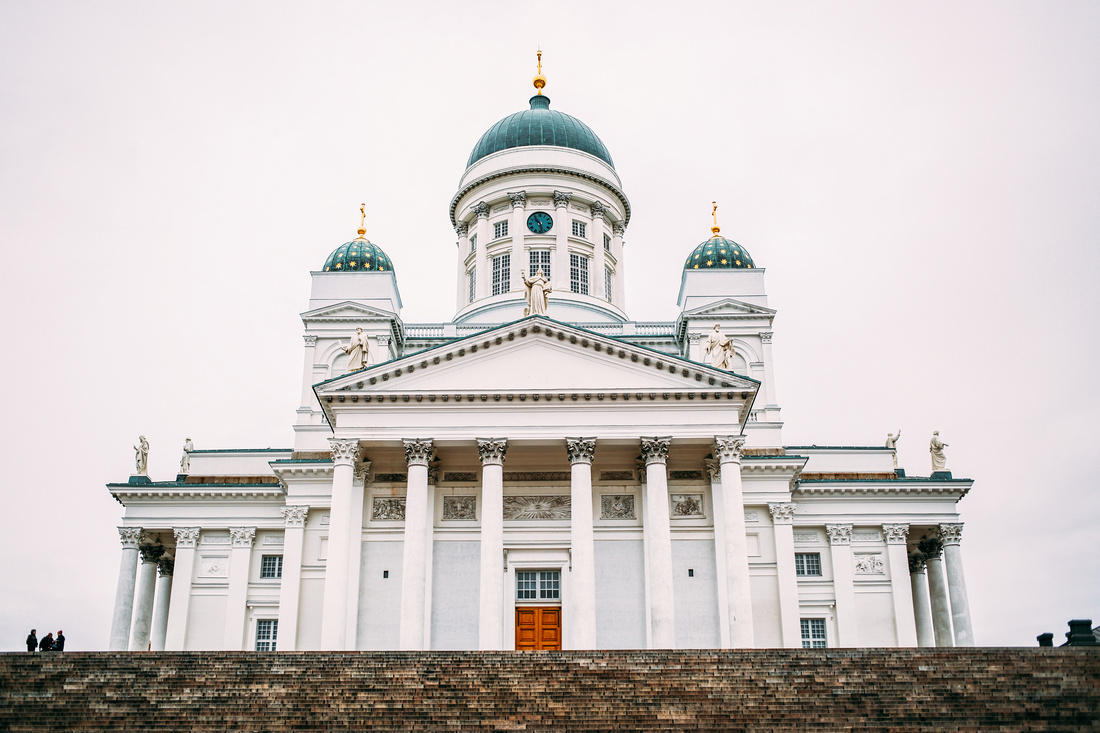 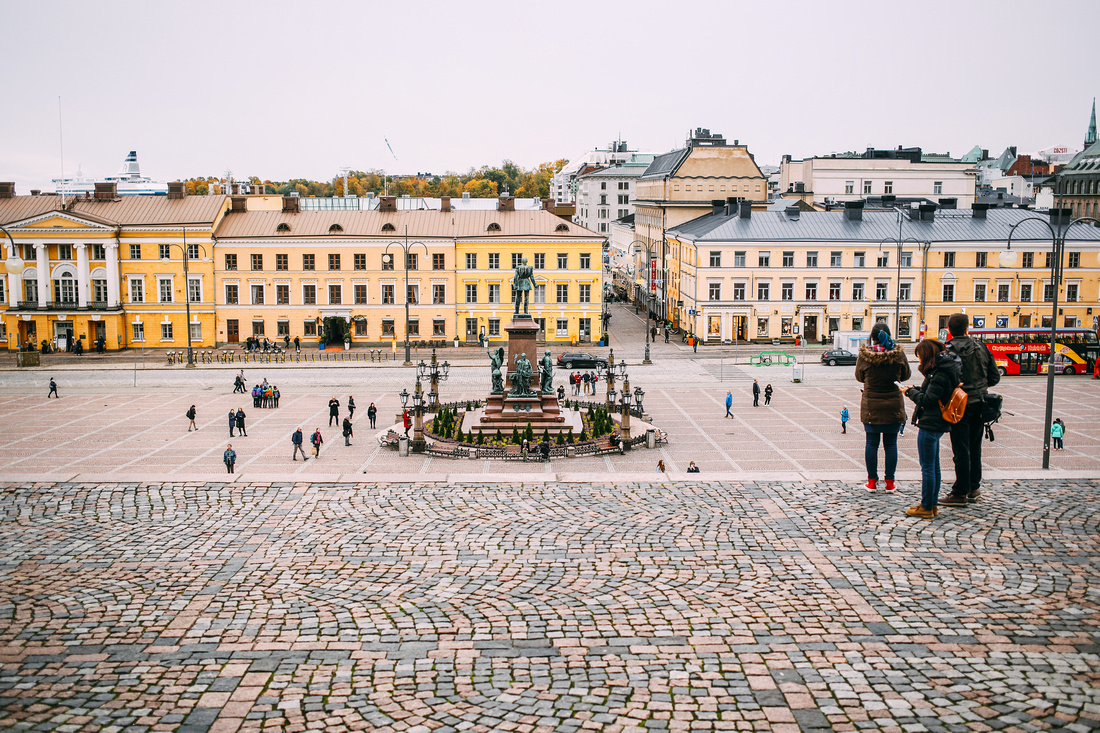 View from the Cathedral 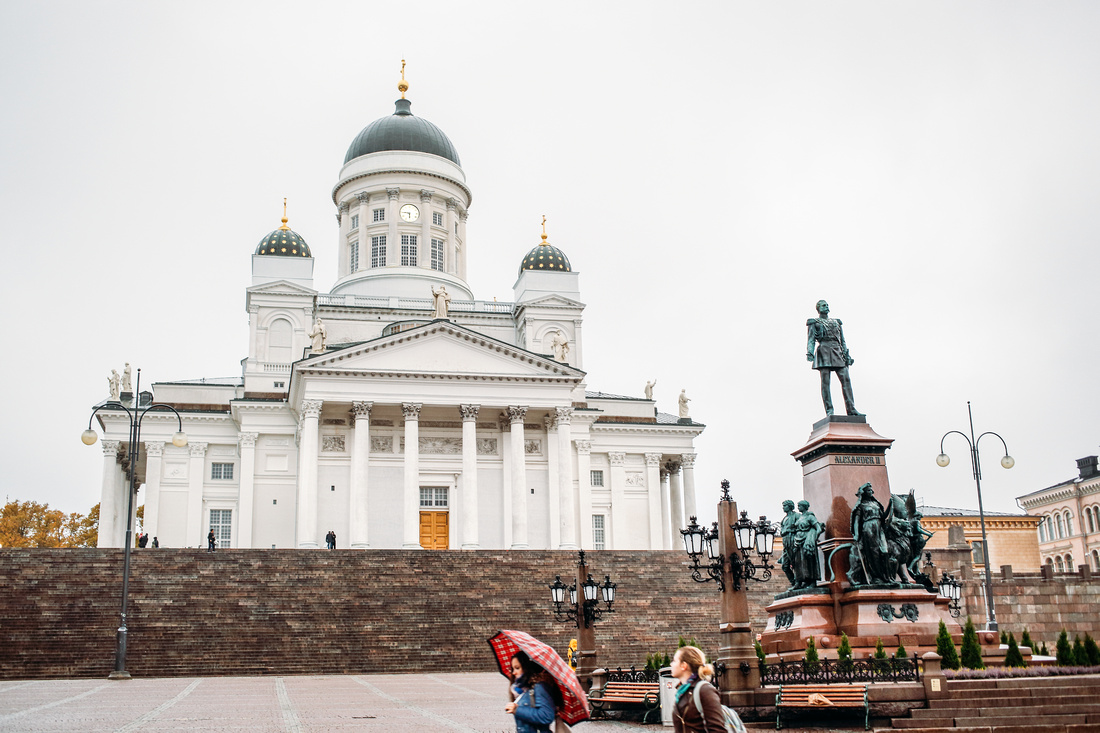 A few blocks southeast of the Square is Uspenski Cathedral. Completed in 1868 in the Katajanokka district of Helsinki, the Uspenski Cathedral is largest orthodox church in Western Europe. With its golden cupolas and redbrick facade, the church is one the clearest symbols of the Russian impact on Finnish history. There are 13 onion-like domes, representative of Christ and his 12 disciples. 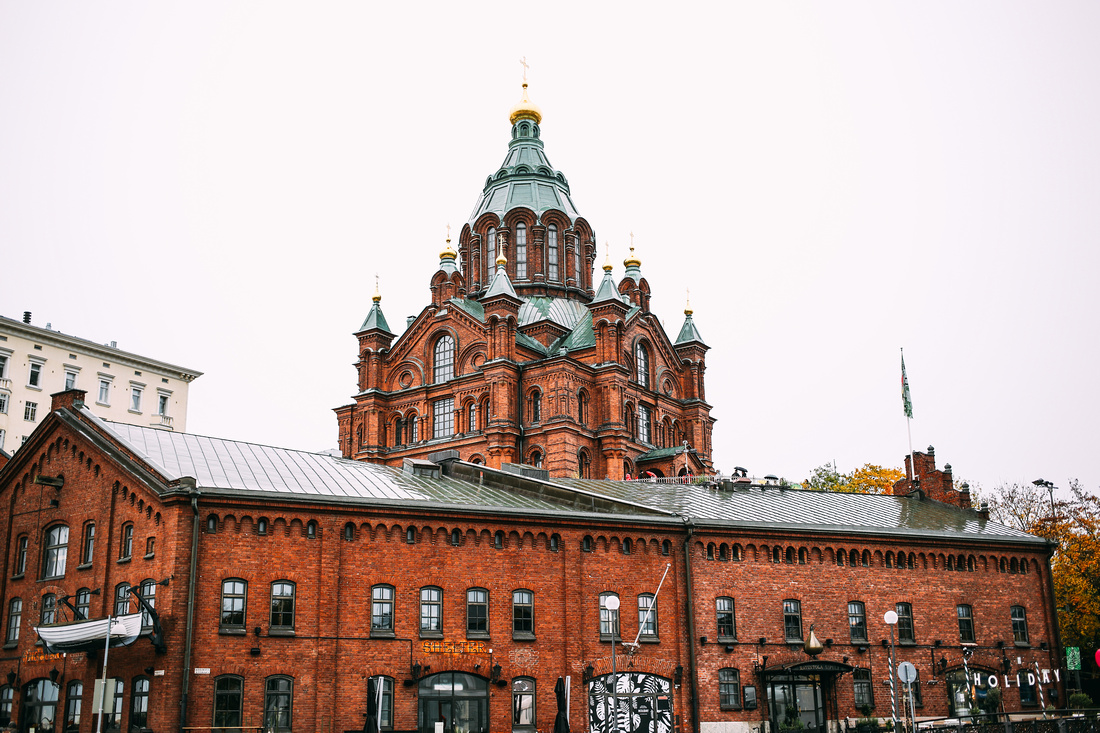 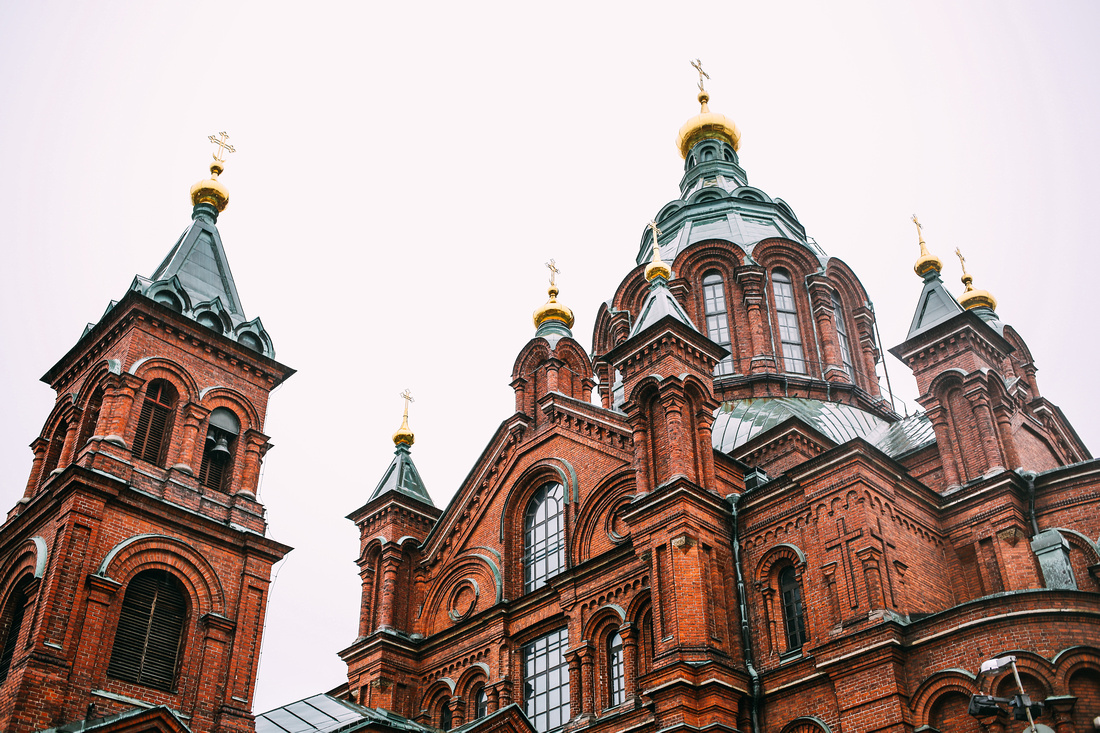 Nearby the Cathedral is a marina connected by a bridge laden with love locks. 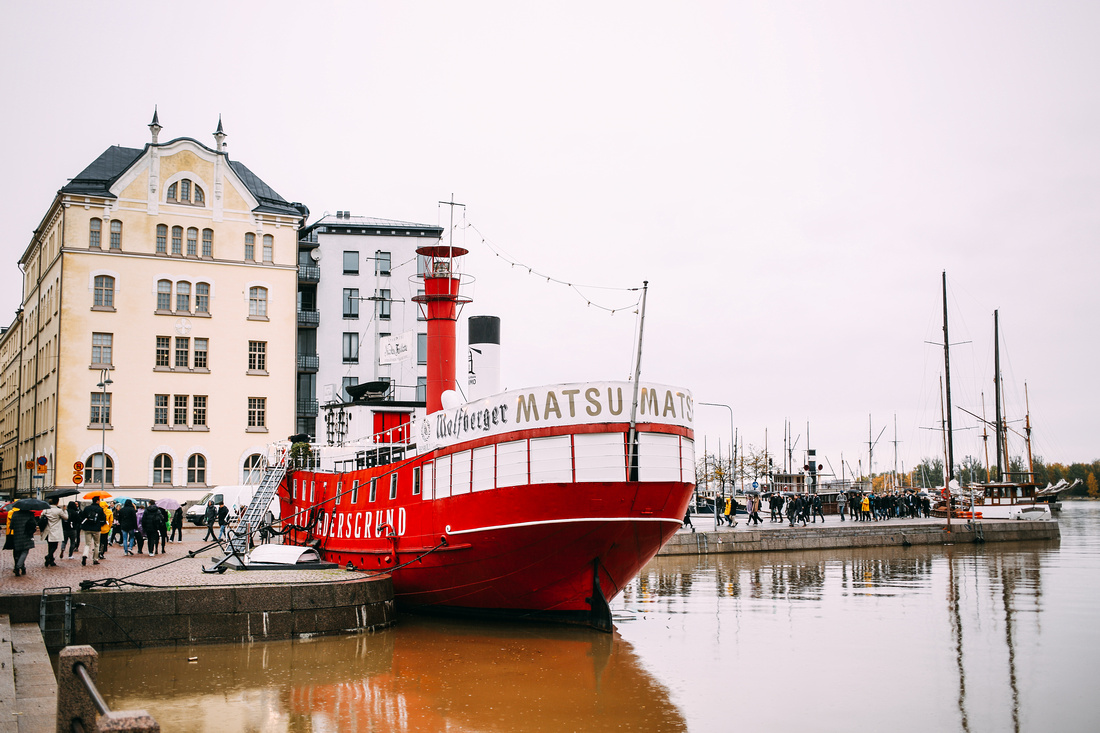 South of Uspenski is The Old Market Hall, which has been serving Helsinki customers since 1889. Designed by Finnish architect Gunnar Nystrom, it is strategically located just next to the Helsinki Market Square, close by the sea. Very popular with tourists, the market offers a bit of everything: breads, cheeses, meats, pastries and beer! 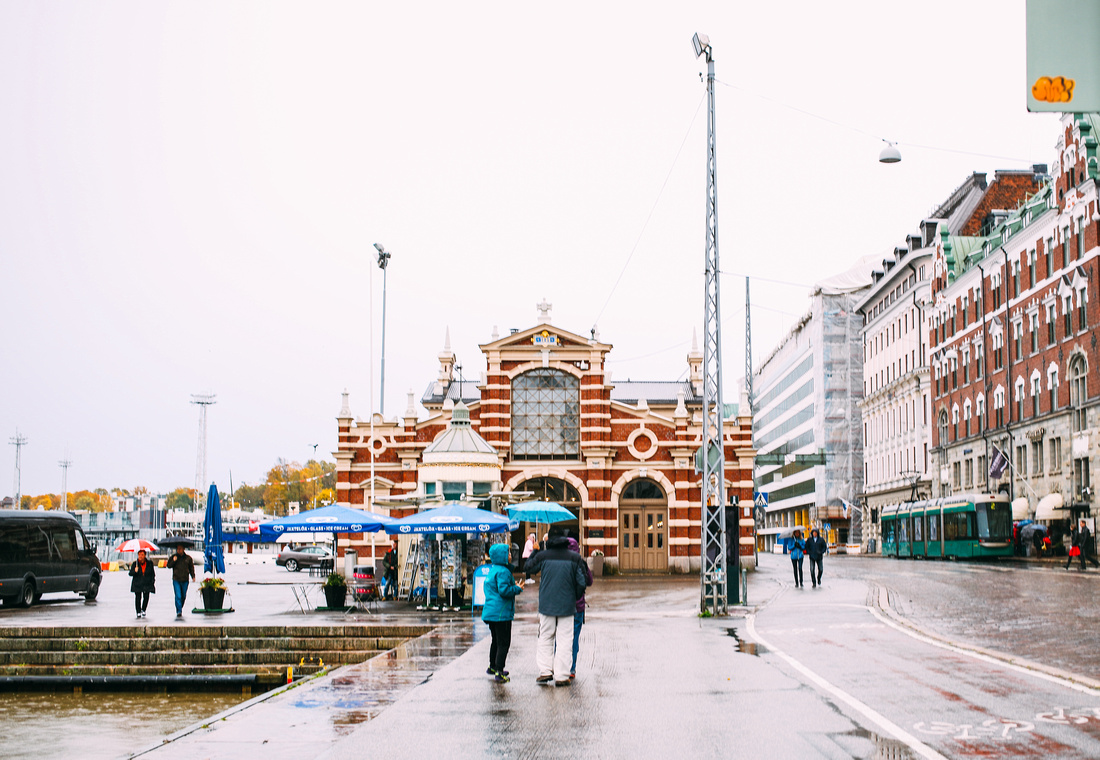 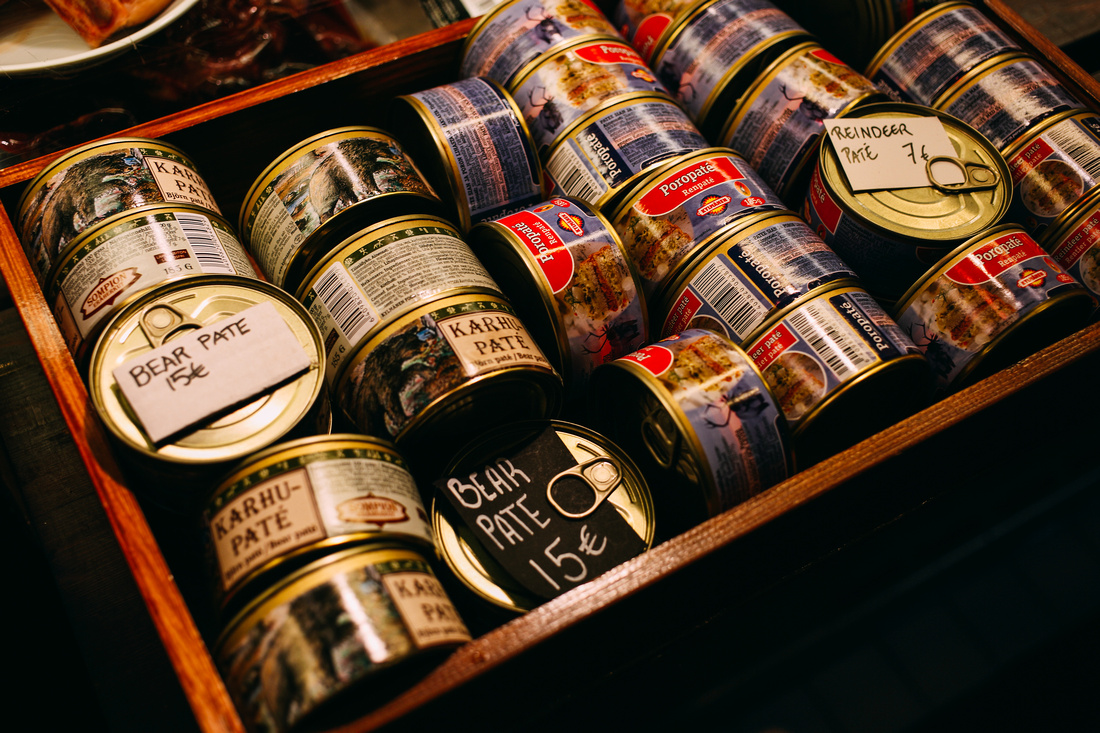 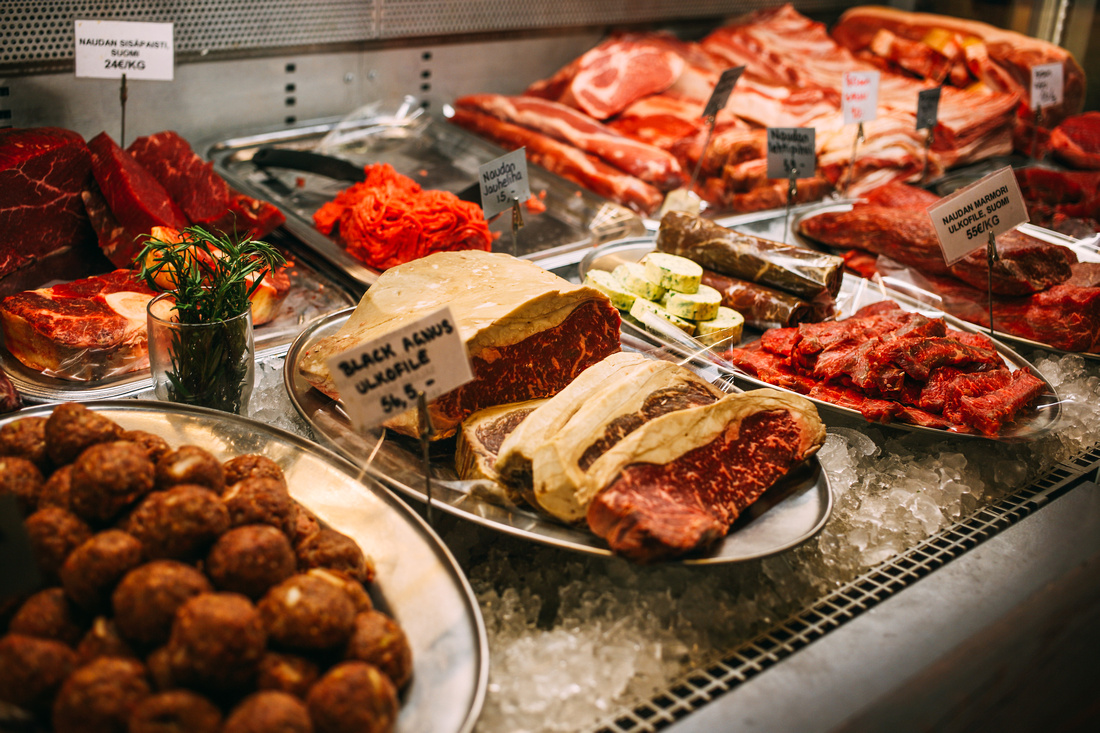 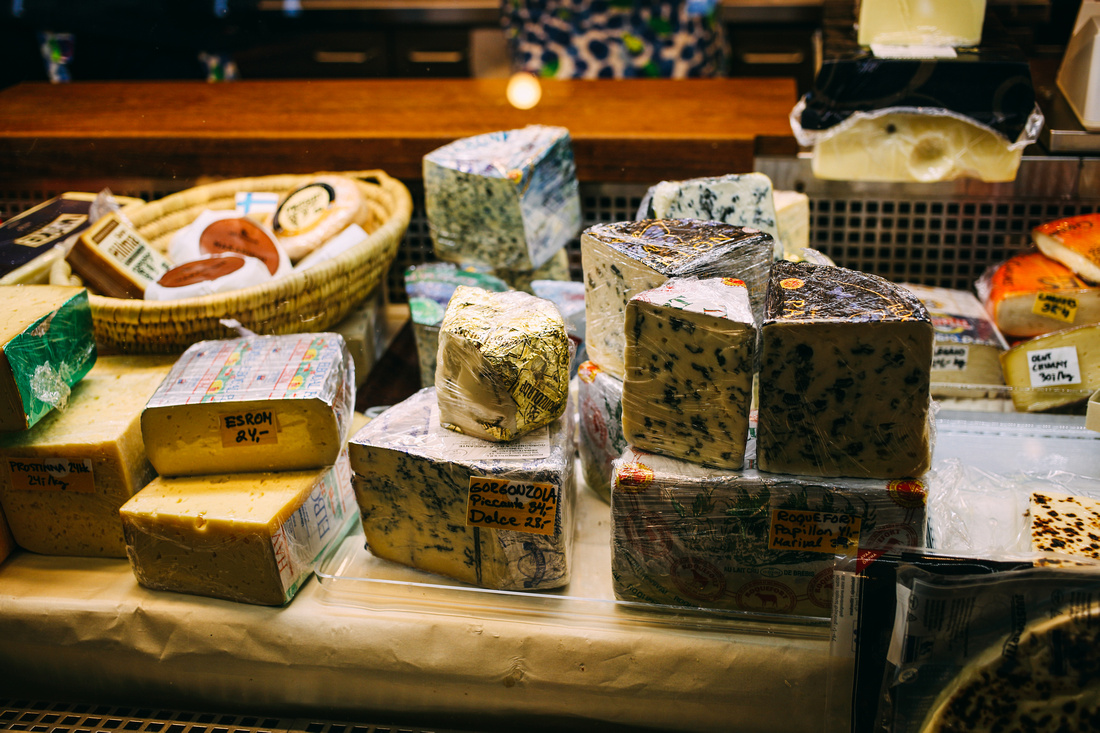 West of The Old Market Hall is Pohjoisesplanadi, dubbed "the chicest street in Helsinki" due to all the fanciful shops. We stopped by the Akateeminen Kirjakauppa (Academic Bookstore) to browse for souvenirs. 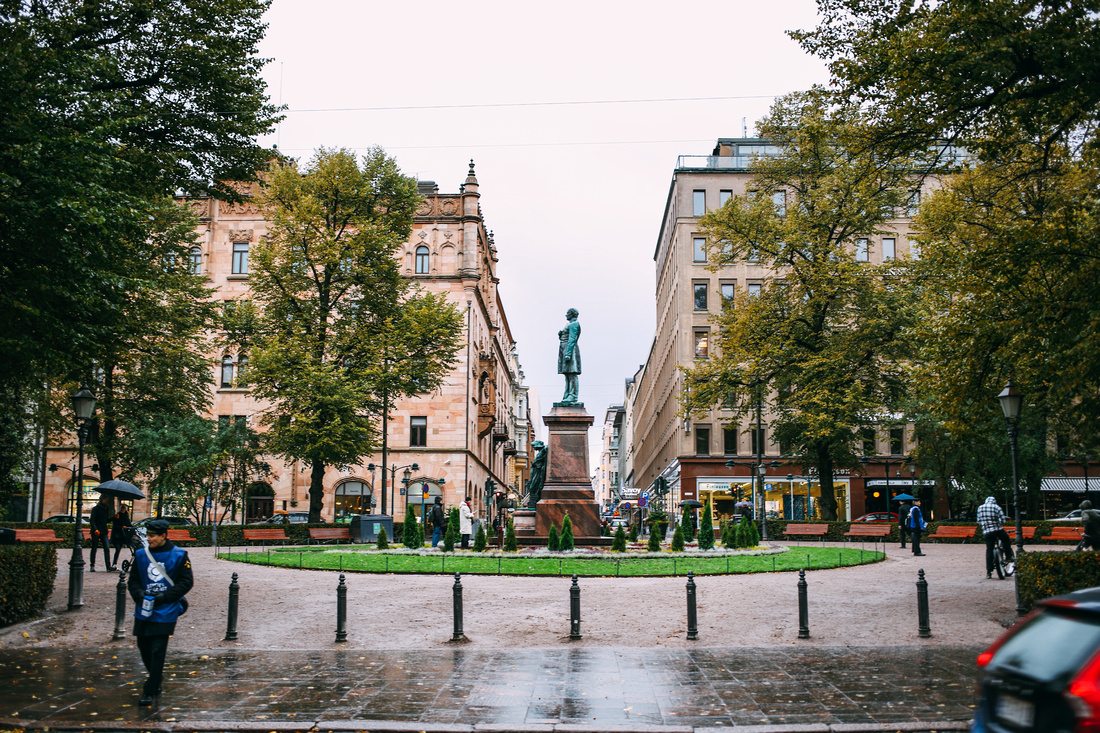 Center of the Esplanade 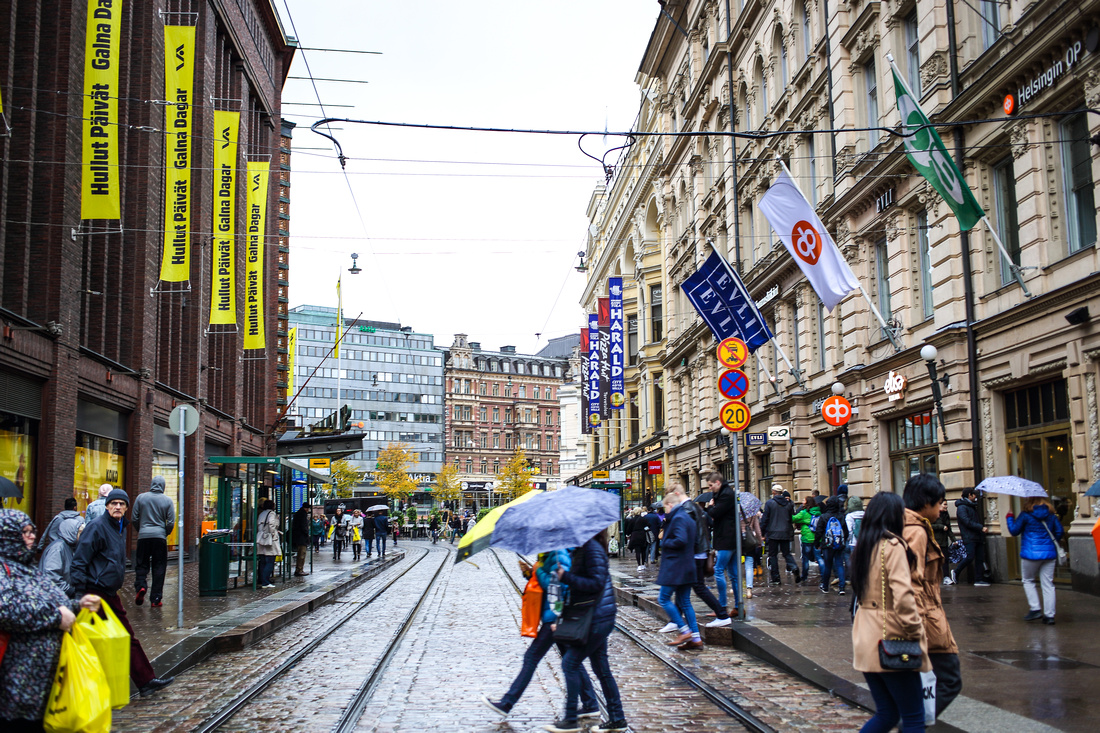 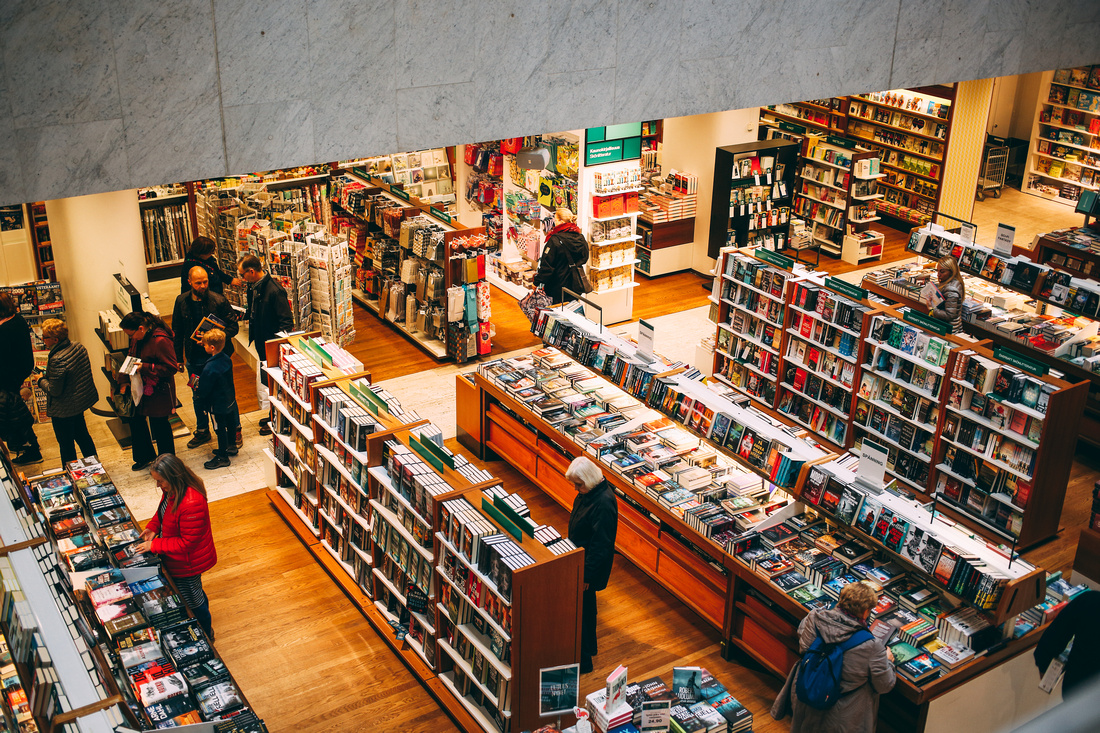 Interior of the bookstore

North of the shopping center is Helsinki's Central Station. As the main station for commuter rail and long-distance trains departing from Helsinki, the station is used by approximately 400,000 per day, of which 200,000 are passengers. Designed by Eliel Saarinen and inaugurated in 1919, Helsinki Central was chosen as one of the world's most beautiful railway stations by BBC in 2013. 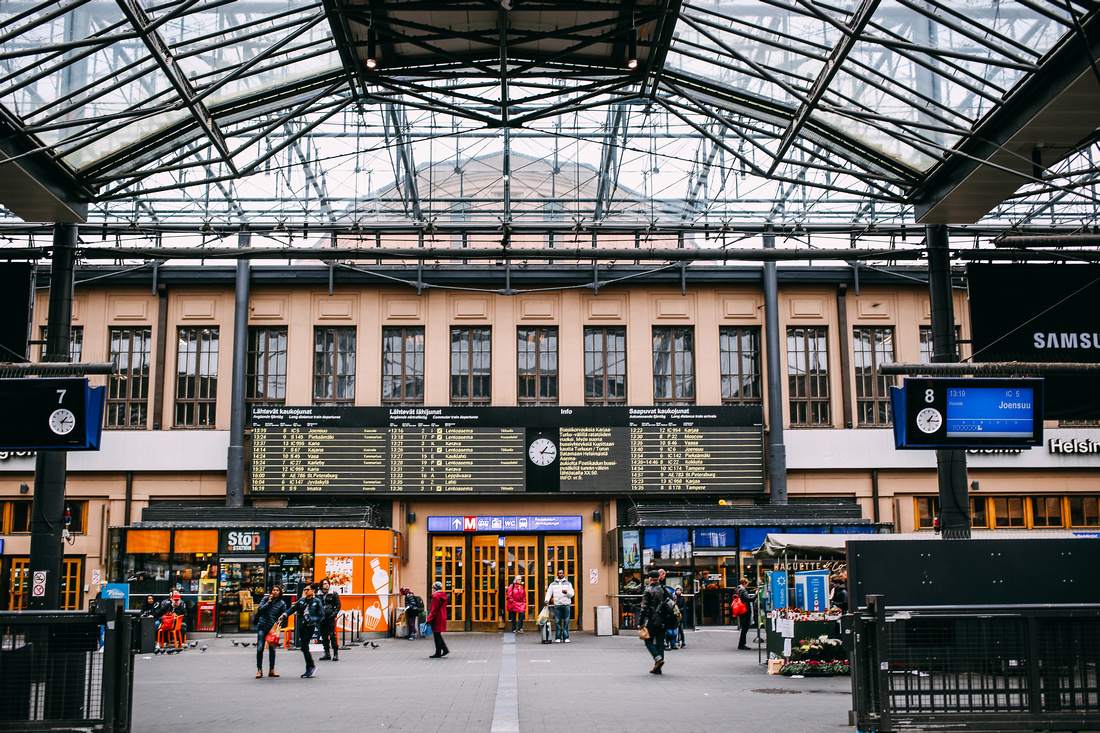 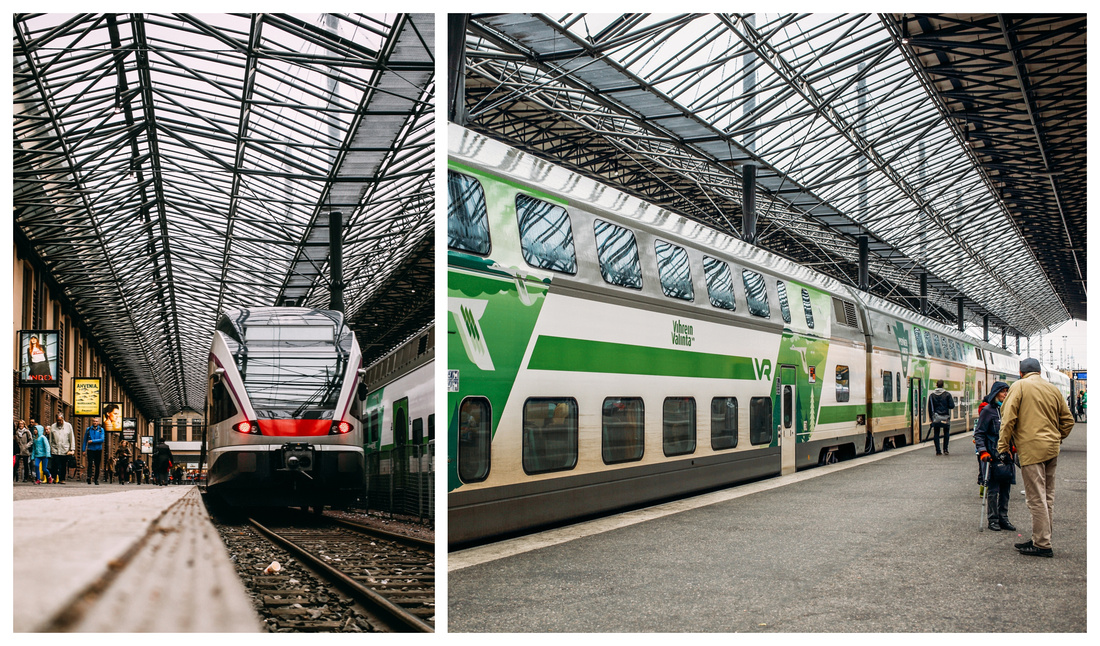 We had some delicious currywurst from a small shop inside the train station. 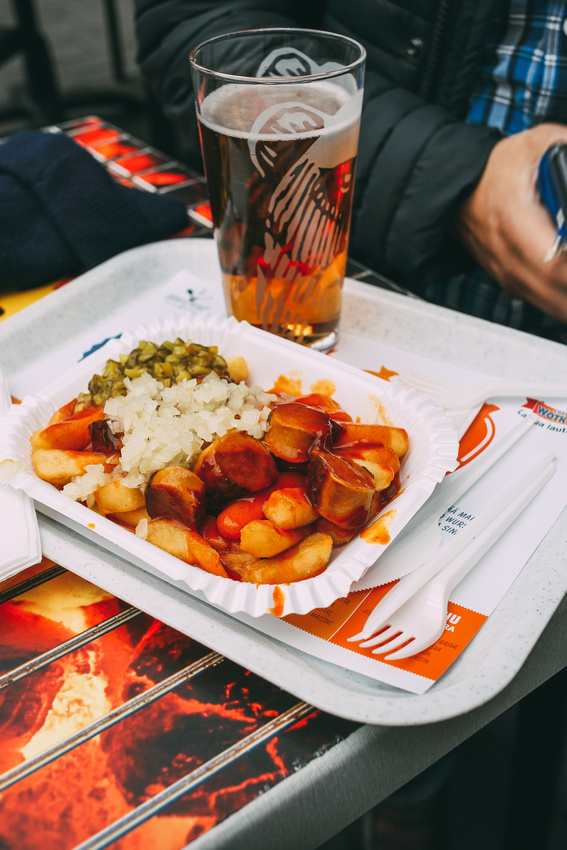 On our way to visit the underground church, we stopped by Santa's Souvenir Shop. As the home country of Santa Claus, you can find a year-round Christmas shops all across Helsinki. I was more interested in the clay-fired candle houses at Annensoppi. 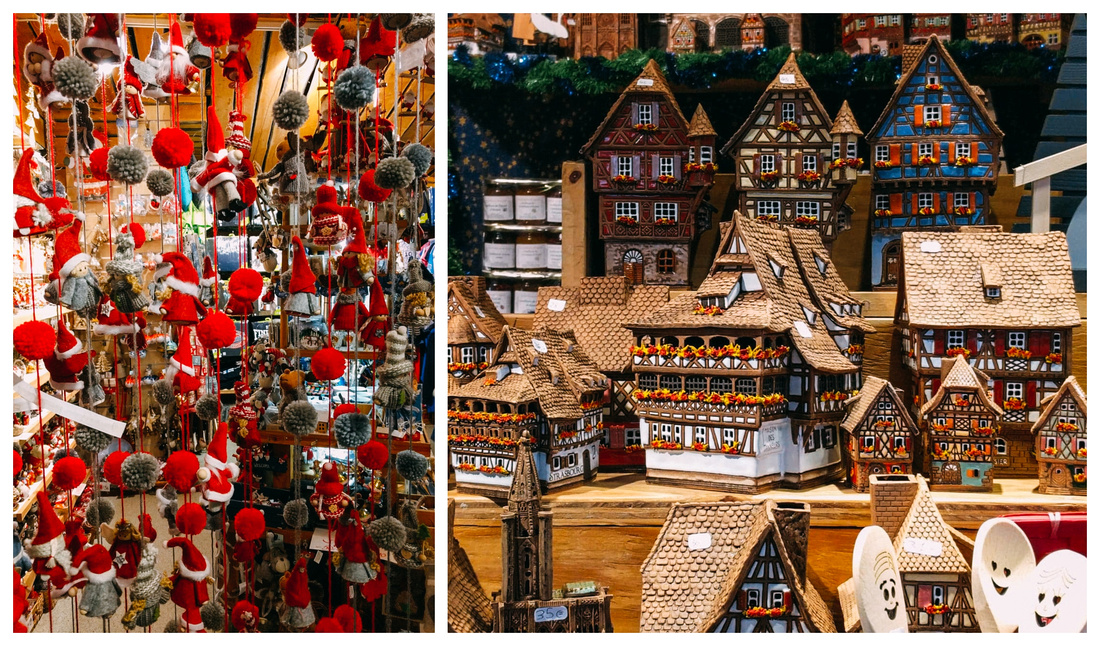 After shopping, we headed to Temppeliaukio Rock Church. Excavated directly into solid rock, the church is situated in the heart of Helsinki, at the end of Fredrikinkatu. Designed by architect brothers Timo and Tuomo Suomalainen, the church was completed in 1969. It is one of the city's main attractions because of its special architecture. The church hall is covered with a dome, lined with copper, and supported on the rock walls by reinforced concrete beams. 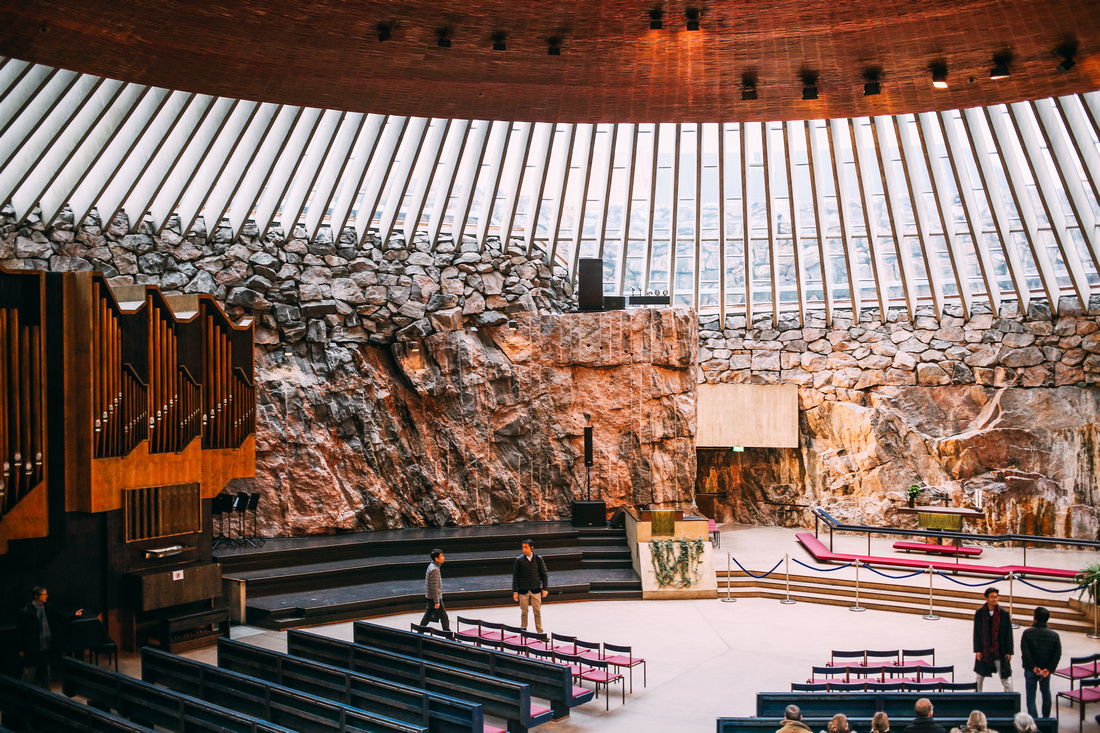 Apart from the stunning architecture, the church has also an organ with 43 stops and 3001 pipes. Due to it's underground position, the church has great acoustics and is a popular venue for concerts. 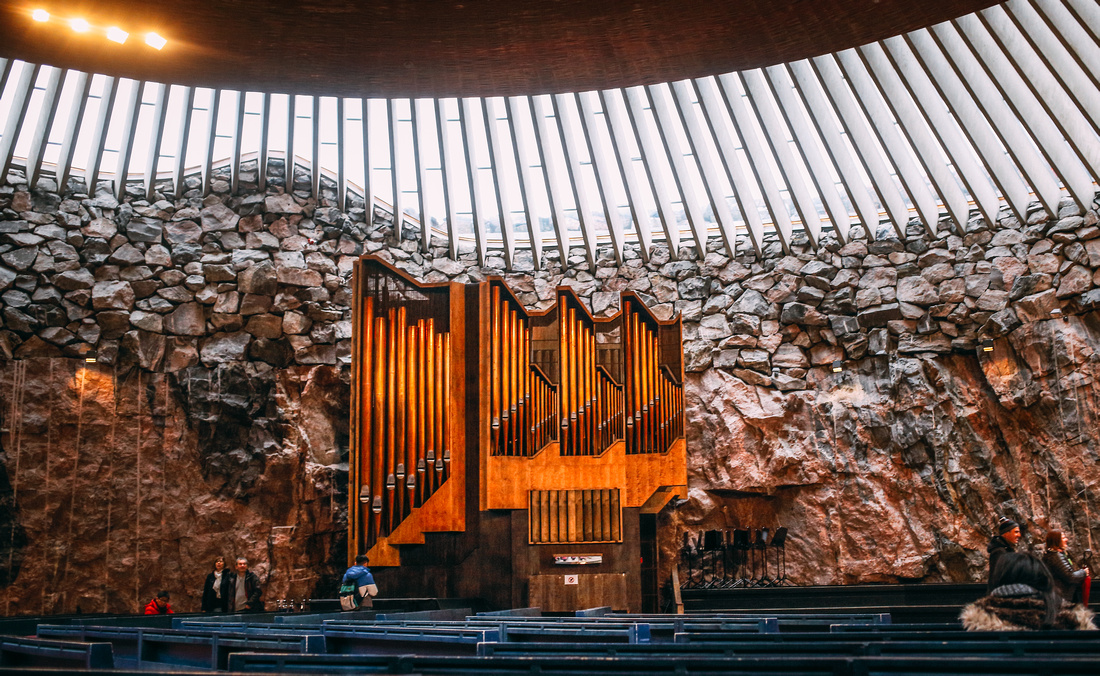 Thereafter, we took a 20 minute walk to Sibelius Monument. This world famous monument by Eila Hiltunen is dedicated to the Finnish composer Jean Sibelius (1865-1957). Unveiled in 1967, the monument resembles organ pipes and is made of welded steel with over 600 pipes in a wave-like pattern. A smaller version of the monument is located at the UNESCO headquarters in Paris. A similar work by Hiltunen is located at the grounds of United Nations in New York City. 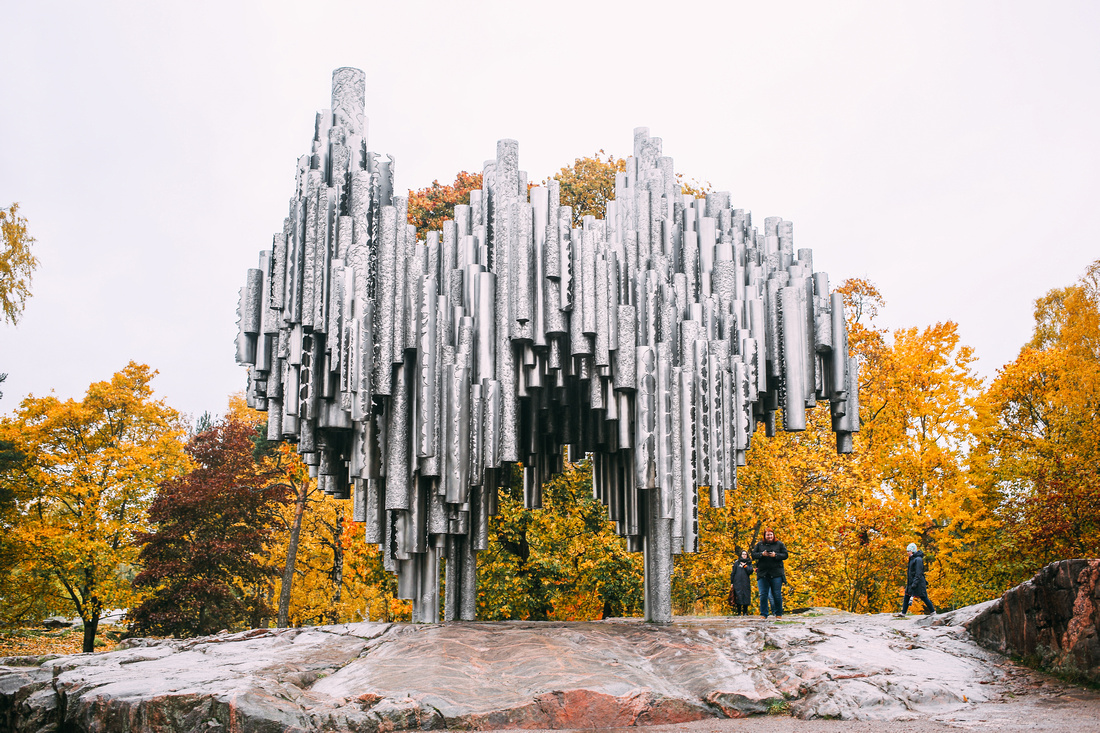 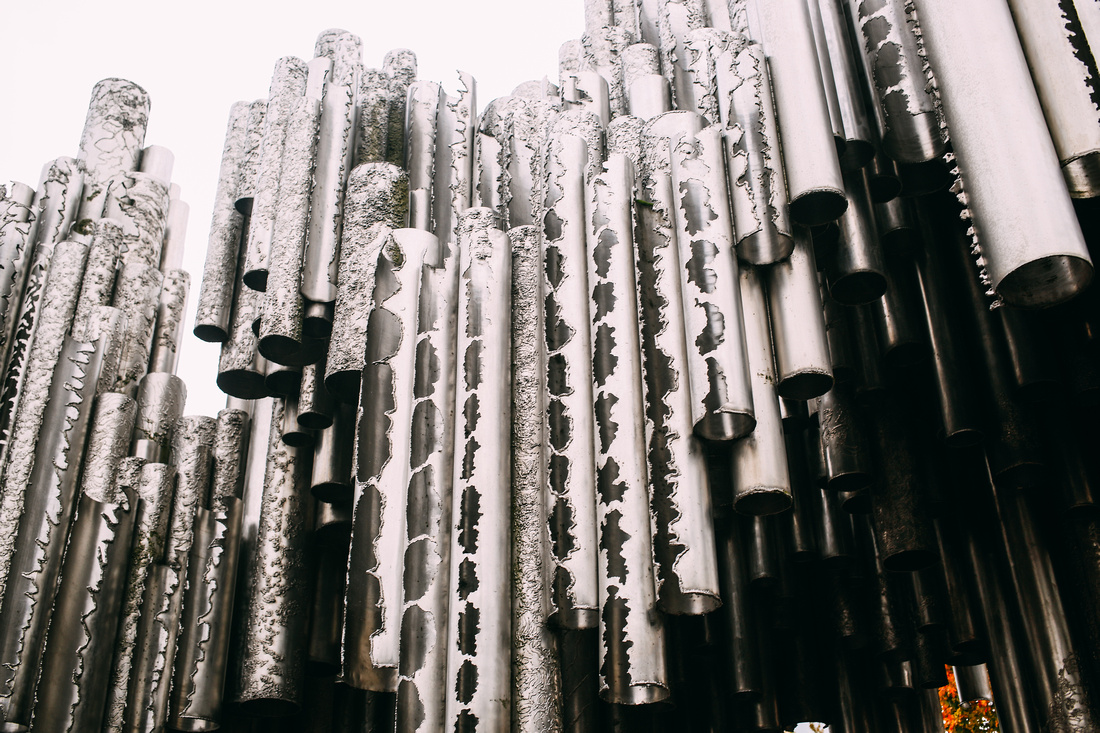 We ended the day at Cafe Regatta. An outdoor cafe with a small, red cottage by the sea in Toolo with a vintage countryside interior and decorations, this cafe is the definition of cozy! I highly recommend the hot chocolate and blueberry cake. 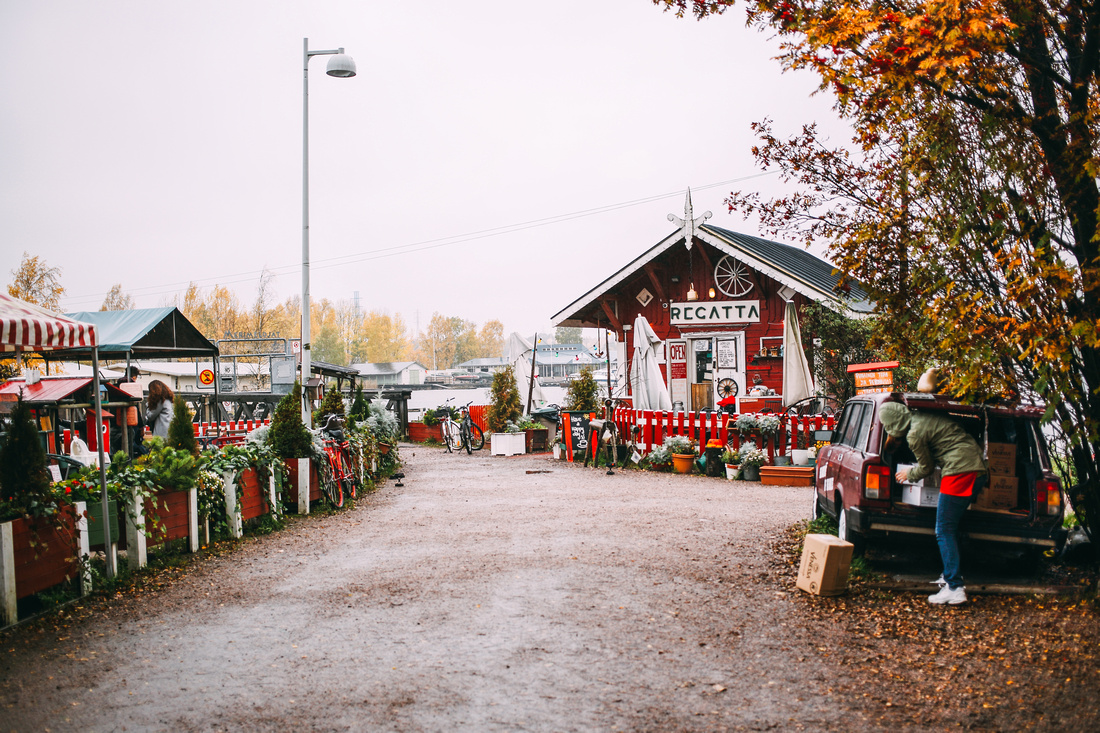 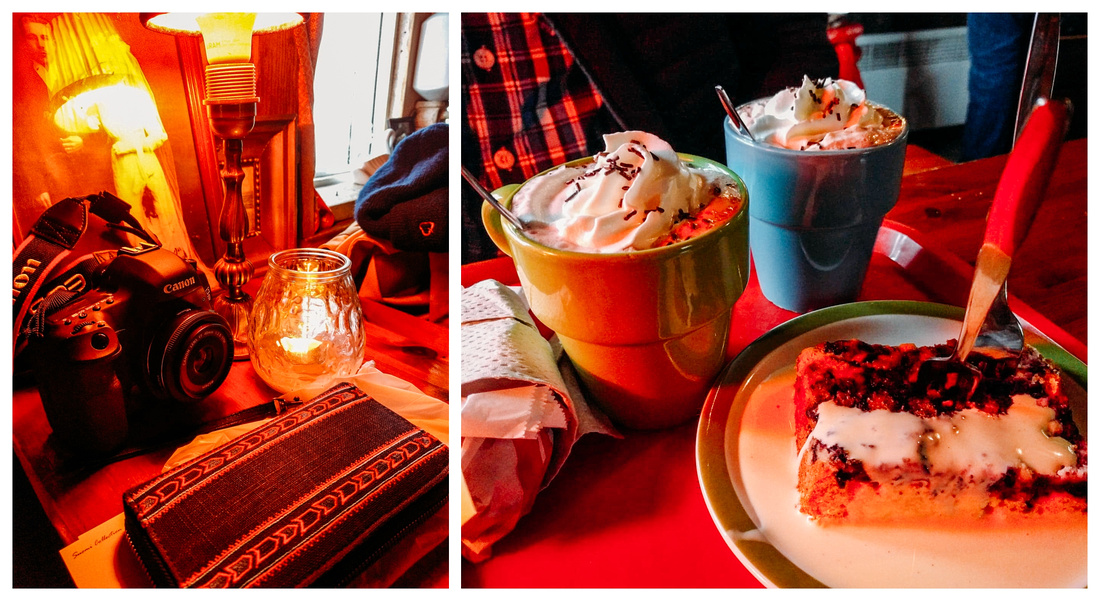 I also suggest grilling some sausages by the open fire in the front yard. 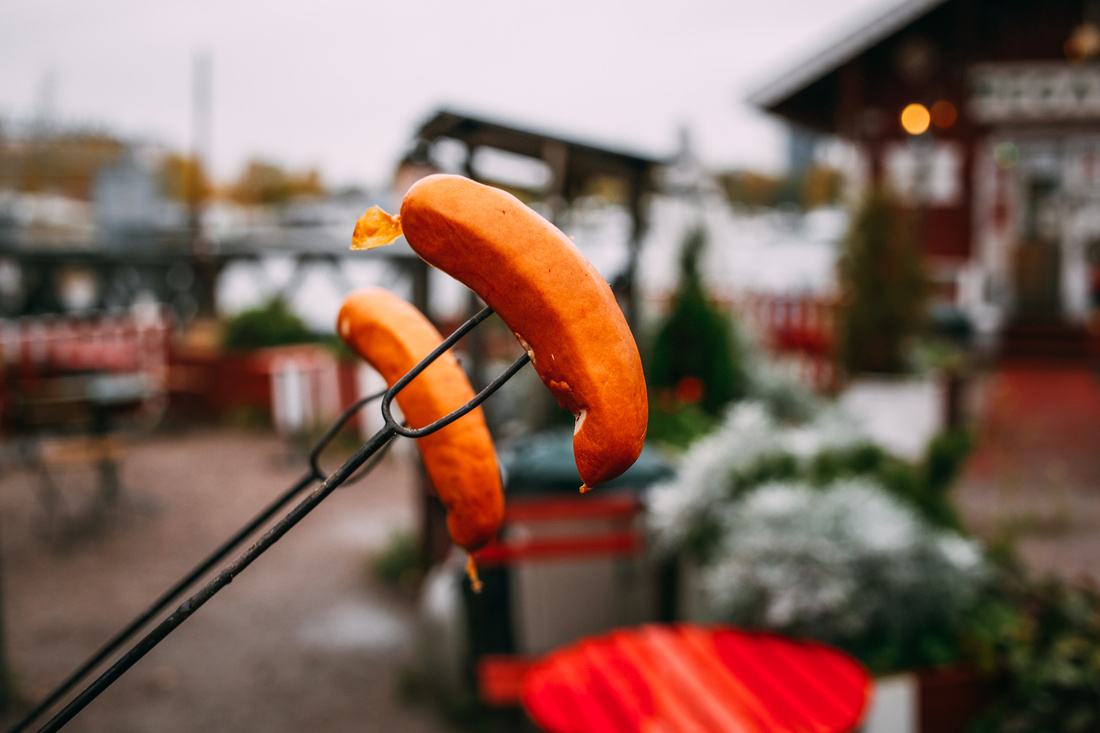 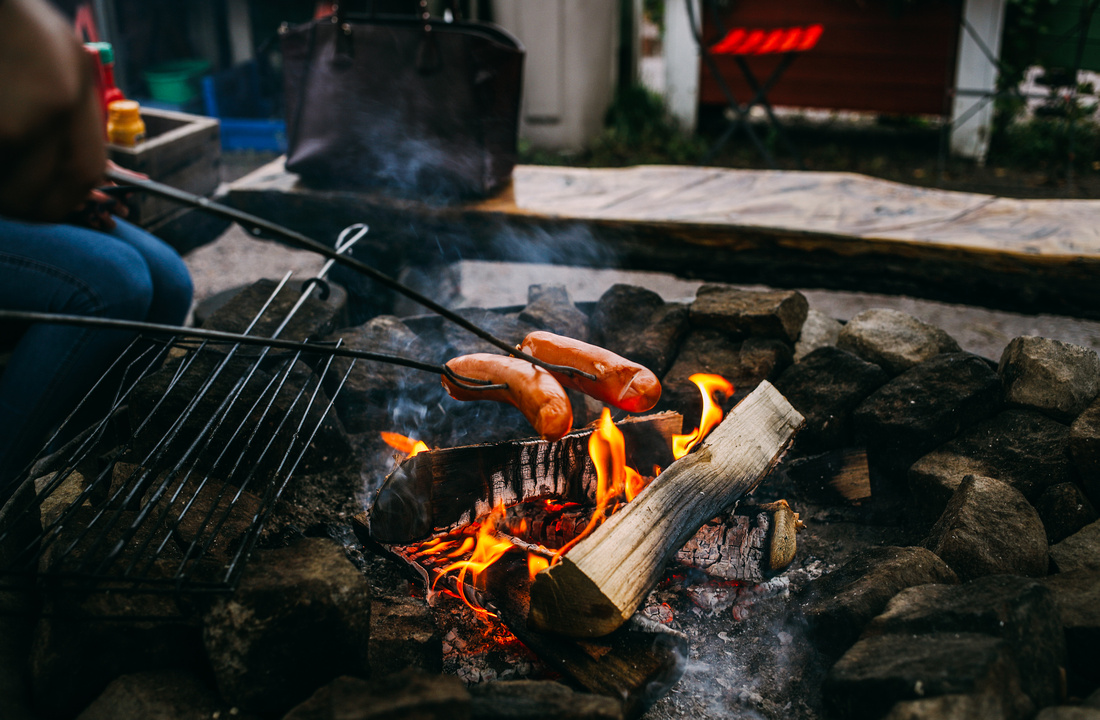 Finally, we made our way to the closest tram and headed back to the ferry terminal. By 9 p.m, we were back in Tallinn. We had walked over 35,000 steps in 40 degree rainy weather, but it was definitely worth the 12 hours!

More photos can be viewed here.