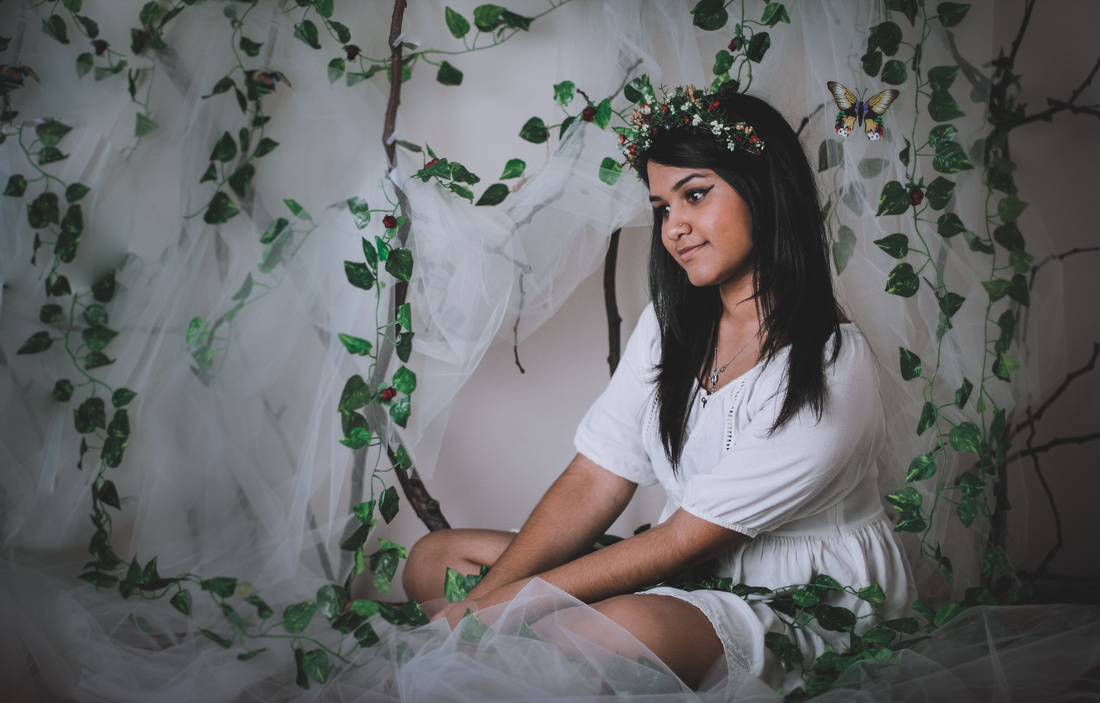 This was a completely unplanned shoot. Earlier this week, I searched for inspiration by browsing works of fellow photographers. I came across this beautiful image by Lauren Laveria. I tried to recreate the scene, but I didn't have enough vines nor could I capture the subtle beautifulness as well as Lauren did. So I scrapped the idea and decided to piece together some props and hope I'd create a background worthy of a fairy. I placed some tree branches against a wall and weaved ivory tulle around it. I took a few shots and absolutely hated how plain and dull the setup looked. I draped the vines over the tulle and placed a handful of flowers on the vines in several places. Thereafter, I had my model sit in the open space between the branches. She had to be super careful as the slightest movement could've made the entire background collapse. I had her wear a floral headband I had made weeks prior, and then instructed her on posing. We wound up with 300 shots!

The above image was my favorite from the shoot. The shot was edited in Lightroom to add a heavy vignette, and for color correction so the image could pop. Here's a before and after comparison.

Here are some other takes from the shoot. 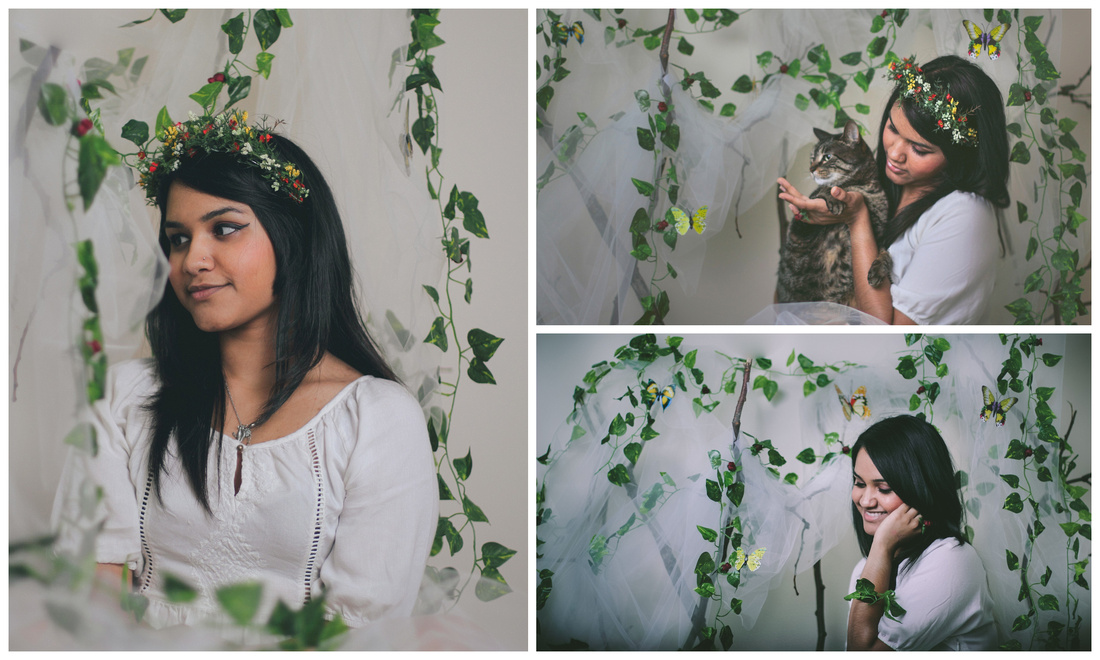